The AIMS Desktop team is proud to announce AIMS Desktop 2017.1. This release is based on Debian 9, and through some careful planning, we’re releasing it on the same day as the official Debian 9 release on Saturday, 17 June 2017.

To see what’s new and for a list of known issues, see the release announcement.

This site contains the download links, installation guide and other resources for AIMS Desktop. We plan to continually expand it. 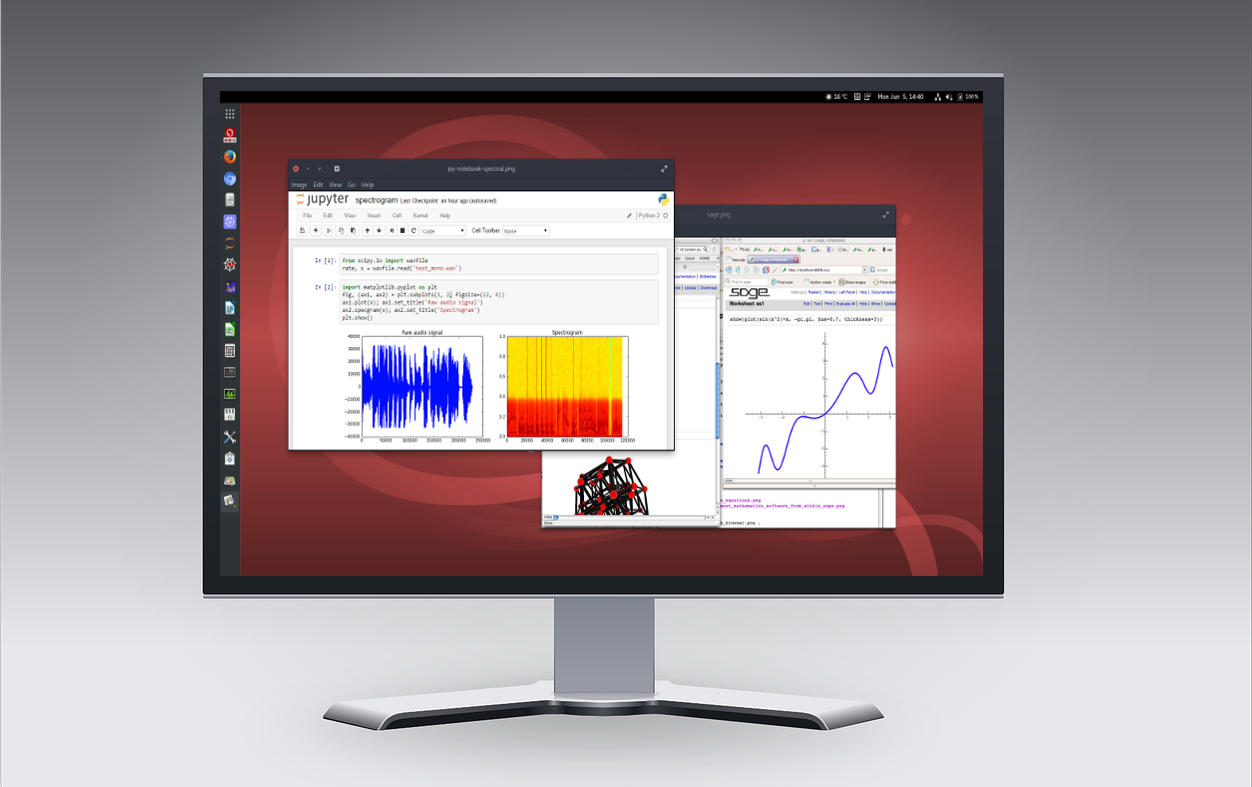 It is maintained by AIMS (The African Institute for Mathematical Sciences), a pan-African network of centres of excellence enabling Africa’s talented students to become innovators driving the continent’s scientific, educational and economic self-sufficiency.

AIMS Desktop is free for anyone to use for educational, non-profit or commercial purposes. (See: Software Licences for more information)

Refer to the getting started guide for instructions how to get AIMS Desktop up and running.

The AIMS Desktop project is maintained by AIMS South Africa and contributors.

Jan is the IT Manager at AIMS South Africa and have worked on various forms of AIMS Desktop since 2003. He conducted the first deployment of desktops at AIMS using Debian Sarge to Sagemath upstream packaging. Jan maintains AIMS meta-packages and focusses on science software and software used for academic purposes in the system.

Kyle does internships at AIMS and have worked on extensions to improve desktop usability, installer improvements and documentation. He’s also a Debian contributor and maintains packages in the Debian archive.

AIMS Desktop is built on the shoulders of giants. Here are only some of the projects that it is built on: